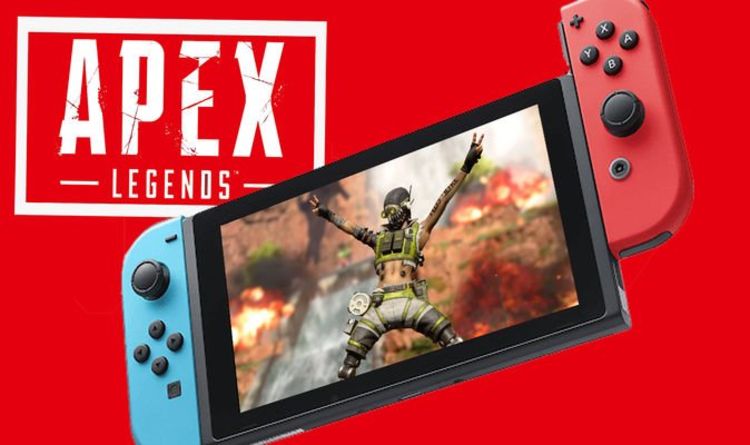 Update 2: Apex Legends has been given a release date on the Nintendo Switch.

The free-to-play Battle Royale game will be available to download and play from March 9.

UPDATE: Season 8 of Apex Legends is out now, but there’s still no sign of a Nintendo Switch release.

Despite the lack of an official announcement, the game is still expected to make its Switch debut very soon.

That’s based on the discovery of an officially licensed Apex Legends controller for Nintendo Switch, which is reportedly out tomorrow (February 3).

As you can see from the tweet below, the Apex Legends Nintendo Switch controller features a black and red colour scheme, with a splash of white for the logos.

If the controller does make its debut on February 3, then it’s highly likely the game will launch on the same day. More to follow…

The free-to-play Battle Royale game has been in development for Nintendo Switch for quite some time.

Unfortunately, however, developer Respawn has remained tight-lipped about the game’s release date… until now.

Asked for an update on the Switch port by a follower on Twitter, Grenier replied: “Will have some news very soon!”

Based on the timing of Grenier’s comments, Apex Legends could make its Nintendo debut alongside Season 8 on February 2.

With Apex Legends available as a free-to-play game with a Battle Pass, it makes much more sense to launch it at the start of a new season of content.

This would give Nintendo Switch owners the same time as everybody else to unlock all of the rewards on offer as part of the Battle Pass.

If the Nintendo Switch version does launch alongside Season 8, then expect the game to be available on the eShop from 6pm GMT on February 2.

There’s also a good chance EA and Respawn will announce the news ahead of time, so check back for more information as the story develops.

As for Apex Legends Season 8, the new season will feature a big update for the King’s Canyon map.

“Kings Canyon has gotten a facelift and an expansion with an entirely new addition to the map’s footprint,” Respawn explains. “You can also find ECHO (Ecological Cleanup and Hazard Outreach) camps, Explosive Holds, Observation Towers, and more!”

According to Respawn, this includes a new crash site in the north of the map, something that should help tell a new story.

“When revisiting Kings Canyon, we wanted to tell a story that would extend over the course of the season while expanding the size of the map overall and introducing new rotations throughout.

“The catalyst of all this was the epic ship crash in the North that opened up new gameplay, new real estate, and a story thread we could pay off over time.”