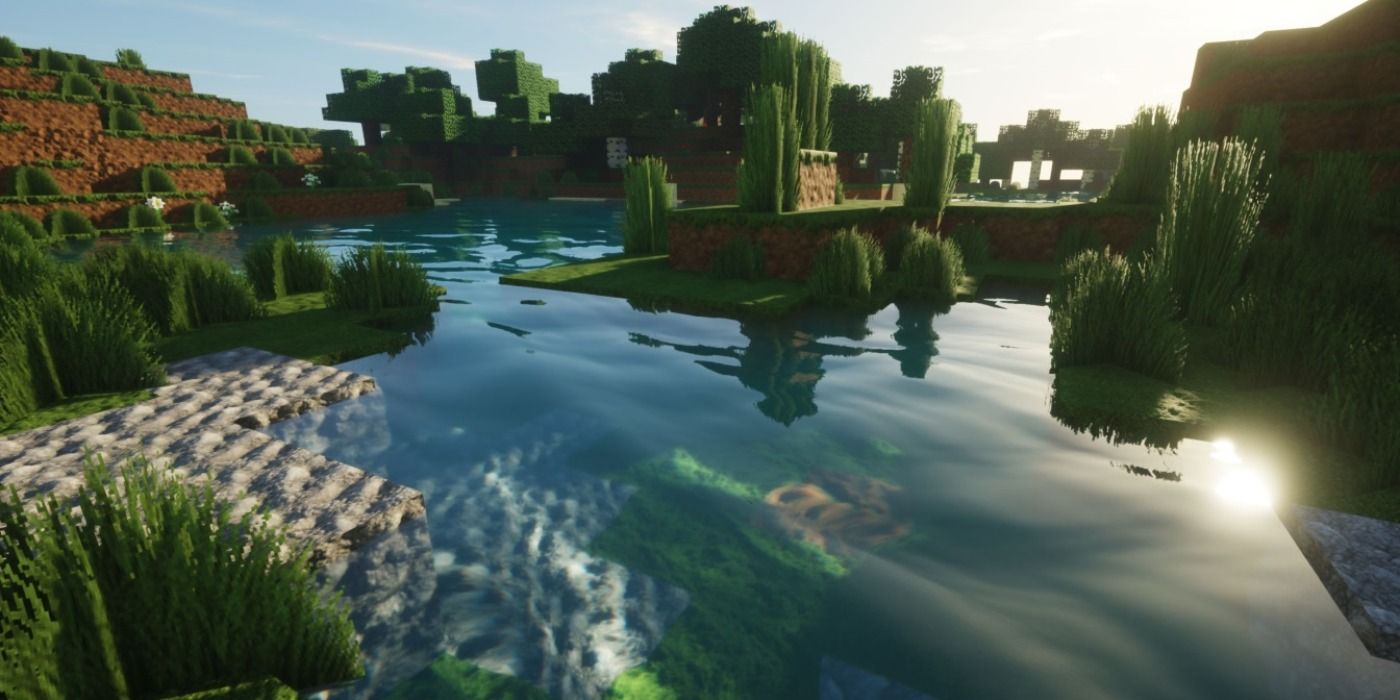 Minecraft is undoubtedly one of the most popular games in the world, having sold over 176 million units. Initially developed by Markus Persson, better known as Notch, the game was handed over to Mojang who served as publisher developer for several years before being bought by Microsoft in 2014.

Allowing players to build however they wish, this blocky low-res game has maintained a level of charm (and content updates) over the years that will allow the game to persist into 2020. But for some players, a visual upgrade would be appreciated. So below is a list of visual mods that will enhance the world of Minecraft.

How to Install Mods on Minecraft: Java Edition

But aside from that, installing Forge can be as easy as downloading the files and following the installation program. Do note, however, that some security and firewall systems may think of it as a potential threat. It’s not. Just continue with the download. When it is fully downloaded, players should be able to select ‘forge mode’ in the Minecraft main menu under “Installations”.

But downloading Forge is only the first step. The next is to download the mods themselves. There are several sites which host Minecraft mods, but some of the most popular include:

Once the mod is downloaded, then it is time to find the Minecraft folder. This can usually be done by activating the ‘run’ program. It can be activated by holding the “Windows button” and the “R” button. In the program, type in “%appdata%” and press enter. This should bring up a location in the file explorer. In it, there should be a “.minecraft” folder near the top of the page. Click it.

By now the file location should look something like this: C:Users-username-AppDataRoaming.minecraft

In this file location, there needs to be a mod folder. If one isn’t there, don’t worry. Just add a new folder and rename it. This mod folder is where players need to deposit all of their downloaded mod files.

But it is important to keep the following in mind when downloading mods:

Unlike several other resource packs which seek to make Minecraft more realistic or exceptionally high-res, CreatorPack tries to revamp the default Minecraft textures into something smoother and more detailed while still allowing everything to look familiar. Allowing Minecraft to maintain its blocky appearance, this mod is ideal for anyone who wants to visually enhance their Minecraft experience without changing Minecraft’s distinct appearance all that much.

Similar to CreatorPack, Faithful seeks to enhance Minecraft’s default graphics into something more detailed and high-res for those who want an enhanced visual experience. Available in both 32×32 and 64×64 resolution, Faithful remains as one of the most popular texture packs for Minecraft players.

Providing a more contemporary art style for Minecraft, Soartex Fanver is a collection of fan-made textures that have since been added on to the original textures as designed by a user by the name Soar49. The idea behind their aesthetic is to make Minecraft look “smooth and clean” while still emulating the original work laid out by Soar49. For those who do not like some of the other texture packs, Soartex Fanver is a viable alternative.

Capable of running on even low-powered systems, Clarity runs on an x32 resolution to give Minecraft additional realistic detail and clarity without putting too much strain on certain machines. With crisp graphics, realistic water, a custom sky, and a revamped GUI—Clarity gives Minecraft a great visual upgrade.

Unlike several other mods on this list that most focus on re-texturing the game, Chisel instead focuses on allowing the player to craft and place a variety of decorative blocks with a new chisel tool. This chisel tool will allow players to create a variety of new block types from a certain material—such as marble or prismarine. This collection of decorative blocks makes this mod a favorite for crafters and builders who want more material to work with.

Similar to the above mod, Decocraft focuses on allowing players to craft hundreds of decorations. This includes furniture, toys, silverware and much more. With this mod importing various models for the player to use, it is no wonder why this mod is a favorite for those who want to decorate their creations. With a creative mind, this mod can all but transform any given space.

Aptly named, the Visuals mod seeks to add visual effects to Minecraft. Or more specifically, it wants to add rendering effects. What does that mean? Well, it means when a player puts ingredients on a crafting table, those ingredients will be seen on the crafting table. Or instead of a black space inside of a chest, players can now actually see inside the chest. It may not massively change the game, but these visual improvements can easily be appreciated by someone who plays the game constantly.

A much more niche mod, this add-on pack will give Minecraft HD skies with realistic clouds and lighting. Covering all times of day, including sunrise, sunset, and nighttime, this mod provides an aesthetically pleasing sky. But the best part? This mod was built to be compatible with most other resource packs. This means that if players really want to, they can have Dramatic Skys paired with almost any set of textures they want.

More: Minecraft Now Hosts A Censorship-Free Library Thanks To Reporters Without Borders

Paige McMullen is a writer and editor with a specific interest in gaming. Graduating from the University of North Texas in Denton, Paige studied English and technical writing for her bachelor’s degree. She has written for a few volunteer organizations and published a handful of articles for Muse Media.

Get free Minecraft hacks on Free-Game-Hacks.com