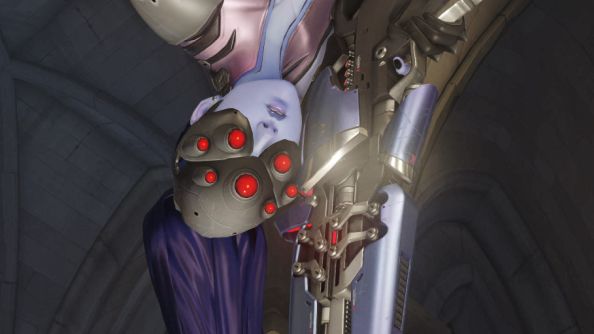 Update April 4, 2017: Bossland have lost their case in California.

German-based hack-makers Bossland have been ordered to pay $8.6 million (that’s £6.8 million) to Blizzard, who alleged that each of the 42,818 hacks they sold in the USA constituted copyright infringement.

Alternatively, use our Overwatch character guide to get good at the game the old fashioned way.

Bossland declined to represent themselves, so Blizzard were awarded the judgement by default. On top of the $8.6 million in copyright damages, Bossland are banned from marketing or selling its cheats – for all Blizzard games – in the USA.

This is just the latest victory for Blizzard in their war against Bossland, who have made bots and hacks for several of their games including World of Warcraft, Diablo 3, Heroes of the Storm and Hearthstone.

Update March 15, 2017:After winning a legal battle in the German courts, Blizzard are looking to sue Bossland, creators of cheats and hack for online games, to the tune of $8.5 million, this time in the US.

The case began mid 2016, but Bossland stopped responding earlier this year, so Blizzard are looking for a default judgement. The Overwatch developers are requesting minimum statutory copyright damages of $200 per infringement. According to the complaint, 42,818 Bossland hacks were sold in the US.

The complaint itself claims not only copyright infringement, but also loss of sales, with people put off playing Blizzard games because of online cheaters.

“Blizzard does not seek such damages as a “punitive” measure against Bossland or to obtain an unjustified windfall.”

Blizzard say that Bossland’s earnings from the cheats are likely higher than what they’re asking for, since one of Bossland’s hacks can cost around $200 for a year.

Update February 1, 2017:Blizzard have won in their a legal battle with Bossland, creators of cheating programs – bots, wallhacks, and more – for World of Warcraft, Diablo, Heroes of the Storm, and Overwatch.

The victory comes from the German Court of Justice (Bundesgerichtshof), who ruled that Bossland engaged in unfair and disruptive practises with their World of Warcraft bots.

These bots imbalanced the game’s economy and provided unfair advantages to some players, while also flooding and depriving the in-game market of certain items.

In a parallel case about copyright infringement from Bossland, Blizzard were also ruled in favour of.

“We are committed to protecting our game experience for players, as well as our intellectual property, and are very happy with the court’s decision,” say Blizzard.

“We don’t have any further details to provide at this time, other than to say that we will continue to defend all our games in the interest of maintaining a fair-play environment.”

Original Story May 7, 2016: Bossland, the creators of various hacks for Blizzard games have been sued and counter-sued across the last half-decade. They developed the Buddy series of cheats for World of Warcraft, Diablo, Heroes of the Storm and more, and now Blizzard have decided to take them to court in California over their Overwatch ‘ESP’ tool – effectively a wallhack that also adds an all-seeing radar.

In the suit, as detailed on TorrentFreak, Blizzard say that Bossland have authorised freelancers to break copyright to develop hacks for Overwatch. In doing so, Blizzard claim their business and customers have been directly harmed, not only because of the existence of the hack but how quickly it was released. Therefore they want damages to be paid.

The hack itself isn’t currently active, as after Blizzard’s first Overwatch banwave it was taken offline in the hopes of developing more counter-measures to remain undetected. Since the start of June, those who have paid for the tool – at about $15 a month – have had no access to it.

It’s not even Bossland’s only current legal battle with this developer, as CEO Zwetan Letschew tells TorrentFreak there are “over 10 ongoing legal battles in Germany already.” He says that a Californian court will have no jurisdiction over his company as they have no official business in the US, despite selling their product to customers there.

Of those ongoing battles, Blizzard recently lost one regarding Heroes of the Storm, with two others reaching a critical point on October 6.