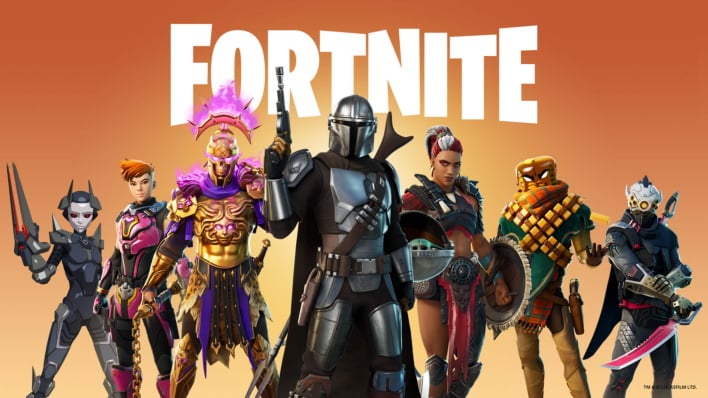 Tonight at 6:30pm ET, The Game Awards will go live around the internet, awarding some of the best games this year. Fortnite and Twitch have squaded up for the event and Epic Games has a free cosmetic item to give away to viewers and some other interesting news as well.
The main thing rumored is the cosmetic drop that viewers will be able to snag if they are watching a stream with drops enabled for The Game Awards. According to Fortnite leaker on Twitter ShiinaBR, if you have drops enabled on Twitch, you can get a Game Awards exclusive wrap in Fortnite. It is unknown what exactly the wrap will be, but we will find out soon enough.

ICYMI: Twitch has announced that if you watch The Game Awards on a Twitch channel with Drops enabled, you’ll get an exclusive wrap in Fortnite!

At the moment, it’s not known which one it will be.

If you have been following the new season of Fortnite, characters from various “dimensions” (or IPs), have been coming to the Fortnite island. If you want to read up on the plot, we wrote about Season 5 here, but every so often, a new character will come to the island. The Fortnite Twitter account tweeted that the newest addition to the island would be announced at The Game Awards.

Want a sneak peek at the next Hunter arriving on the Island?

Tune into @thegameawards tonight to get a look!

Finally, in what is purely speculation, something big could be coming to Fortnite. In late October, it was rumored that that the biggest event ever that could change Fortnite was coming. It was also rumored that Fortnite could get modding support as well. Now that Fortnite will have the stage tonight, announcing something here makes the most sense. We will have to see what happens.

If you want to tune into The Game Awards, you can do so on Twitch or YouTube or 43 other platforms globally. It starts at 6:30PM ET, and if you want to get the drops, you need to specifically be on Twitch. There may be a lot of information from The Game Awards, so tune in and let us know what you catch from the show in the comments below.

Get free Fortnite hacks on Free-Game-Hacks.com