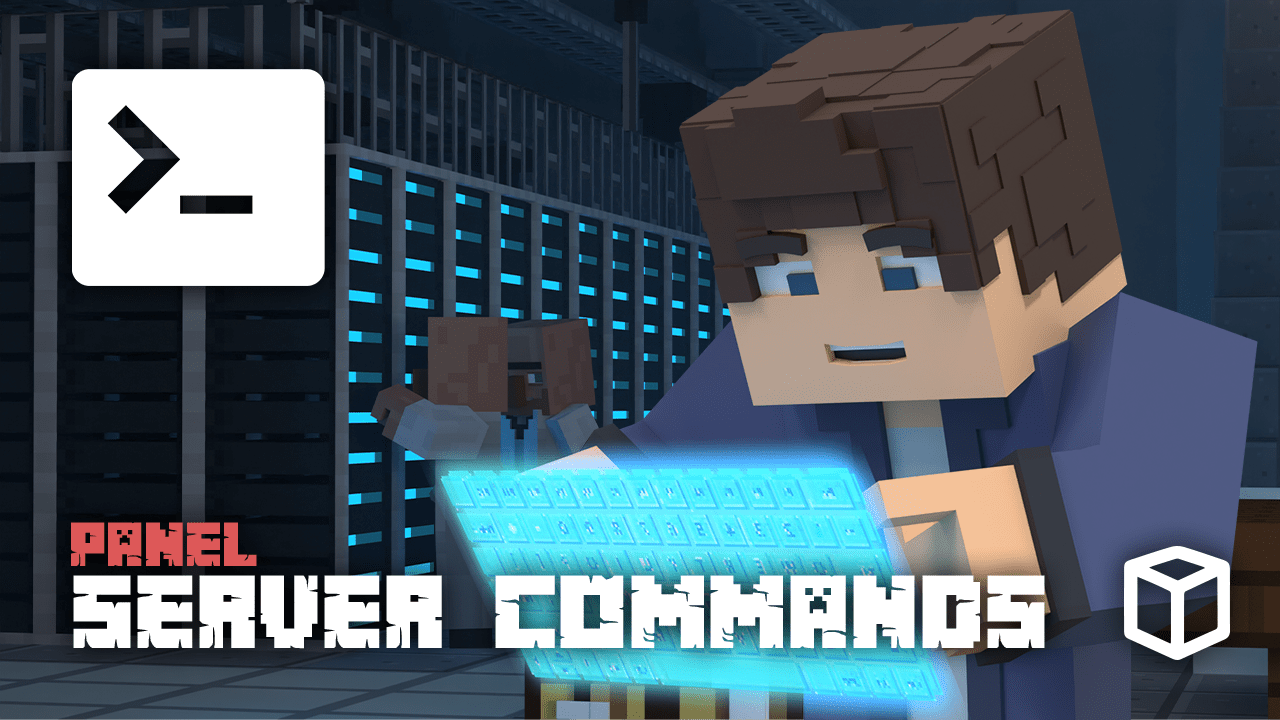 How To Use Minecraft Server Commands

Download How To Use Minecraft Server Commands for FREE

Now that you have created your own server, you need to become the ruler of it! The easiest way to do this is to log into your Multicraft Control Panel and find your Console. Here you can issue simple Minecraft server hosting commands. To OP yourself and gain permissions to your server for the first time you need to issue the command “op username” (Ex: op AshKetchum ). Now you will have access to various commands that you will be able to use on your server, we will cover the main ones below.

If you are wanting to whitelist your server and protect it from unknown visitors then you will first need to enable whitelisting in your control panel. This can be done in the left hand menu under files, config files. Here you will see at the top Server Settings. A lot of the controls for your server like seed type, view distance, online mode and more are found here. Find the option listed whitelist-enabled=disabled and change it to whitelist-enabled=enabled. Hit save at the bottom and restart your server. Now that whitelisting is enabled we can go to the console again. Once there issue the command “whitelist add username” or “whitelist remove username”. Remember not to use the / when issuing the command in the console. note: If you have already OP’d yourself then you can issue this command in the game in your regular in game console. Just add the / before the command and it will work the same.

The Ban players command can work with both usernames and ip’s. To ban someone or unban someone go again to your console, or in game if you are already OP, and issue the command “ban username” or “pardon username”. You also have a bans.txt and a ban-ip.txt in your server FTP. To ban a user in this way then add the username or ip address per line of the file. Save and restart to activate.

The first commands you should learn about are the most useful ones. You are probably going to be familiar with commands such as ‘/spawn’ or ‘/warp’ and similar commands if you have ever played Minecraft in a multiplayer server before. The Vanilla servers do not offer a ton of commands, but Bukkit supports many of them with their plugins. We will not be covering Bukkit plugins since this guide is based on the Vanilla server software, so instead we will be sticking to some of the commands used in the Vanilla servers. If while initiating a command you are in the game, you will have to use the forward slash / before typing it in. This lets the client know that the text that follows after will be a command and not a text message. Keep in mind that if you are using commands from the server software, the console will accept only the commands without the forward slash / so you would just type it as is without it.

To change the gamemode of a player, you would use the command /gamemode (creative/survival/spectator) (playername) and in the player spot you put the name of the person that you want to change the gamemode of, this could be another player in the server or even yourself. For the next part, you need to put either a “survival” or “creative”, but without the brackets. An example would be, if you want to change the gamemode of a player called robot, you would insert the command /gamemode survival robot which would change the game type of the player robot to survival mode. You can also teleport a player to another player with the command /tp . The player spot is where you insert the name of the person you want to teleport, and the target is the person who you want to teleport them to, do not forget to leave out the brackets! An example command would look like: /tp robot flappster which would teleport a player named robot to a player named flappster.

Another useful command is the one that lets you give items to yourself or another player. This command looks like /give . In the player spot you just add the name of the player you want to send an item to, once again this can be yourself or another player. When using the give item command you can’t use the name of the block, you have to use the ID of the block. In the last part of this command where it says amount is where you must enter the amount of the item you want to give. It is important to note that the maximum amount of items that can be in one stack is 64, so if you are sent more than the maximum number then the items may appear in more than one stack.

When using the command the items will be dropped at your feet as if you had dropped them, not automatically delivered into your inventory. So you should be careful especially when around lava or standing on an edge as any items given to you could be lost if your surroundings are not taken into consideration. So for example, a command to give would be /give robot 1 64 which would give the player named robot a stack of 64 stone which would plop out on the ground in front of the character.

Please enable JavaScript to view the comments powered by Disqus.
Get free Minecraft hacks on Free-Game-Hacks.com