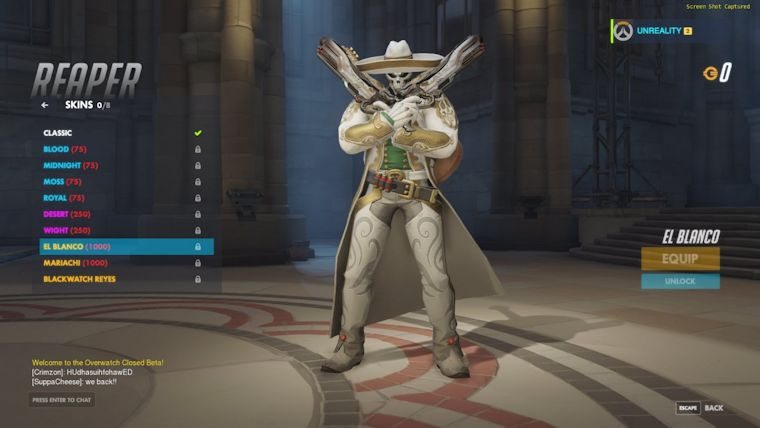 Overwatch Guide: How To Unlock All Character Skins

Download Overwatch Guide: How To Unlock All Character Skins for FREE

Overwatch may feel like it has been out for awhile now with all the different betas, but the game is officially out now and with that comes the full experience that was gradually being built up during the beta. Beyond just coming back for the exceptionally fun gameplay, there are a number of cosmetic items you can earn in the game and skins are a big part of this.

The game features 21 different characters and each one varies from either having 10 or 11 skins in the game, with the majority having 10. The ones with 11 are those that came with a special costume included for buying the Origins Edition, which is the only version available on consoles. This means that at the start, every single character has 10 skins for you to unlock.

The way this is done is mostly by luck, so you will need to prepare for quite a bit of grinding to get them all. We already told you about how to earn loot boxes in the game, but getting those is the first step towards costumes. When opening a loot box, hopefully you will get a skin within, but that is not always the case.

This is purely luck, so this can get a little annoying as you are trying to get specific skins that you want. However, there is another way that you can get them that still will take some time.

While the loot boxes will sometimes come with items you already have, if you end up with a duplicate, you will get in-game credit for that duplicate. After earning enough credit, you can spend these on the various skins available in the game that are ranked at three different levels. The cheapest will be 75 credits each, while the Epic skins will cost you 250 each and the Legendary skins will cost you 1000 each.