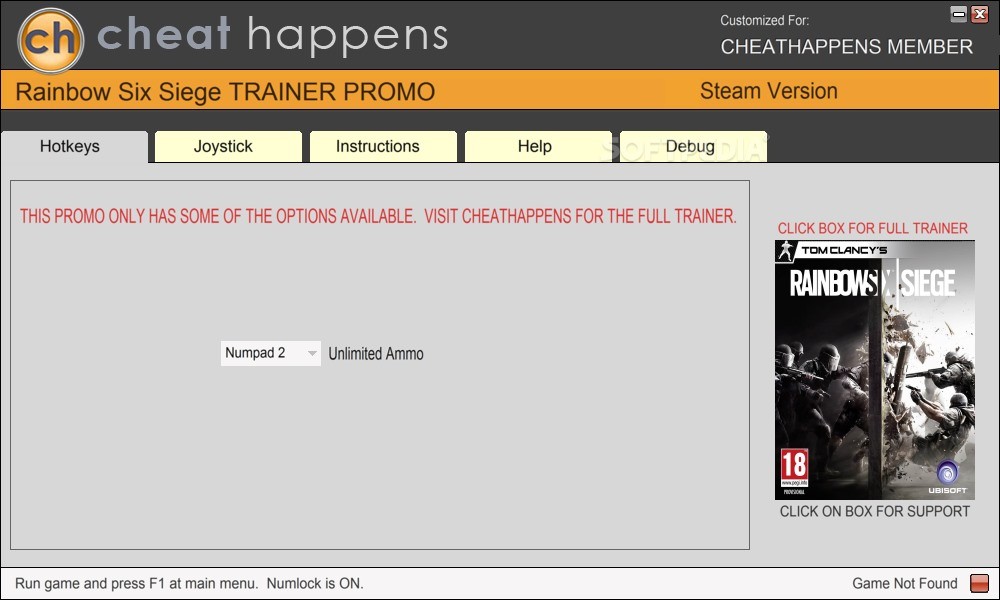 Tom Clancy’s Rainbow Six Siege was one of the most anticipated releases of the year, due to the fact that it fared quite well during its beta stage. As with the rest of the series, the game is heavily focused on team play and tactical approaches. Hence, all-out shooting fests in the style of Unreal Tournament or even Counter-Strike won’t have any chance of success here, unless you are betting on pure luck.

The multiplayer is where all the fun is at, because there are plenty of interesting modes to choose from. In addition, the inclusion of heavily destructible environment and a variety of gadgets make it even more exciting to compete against fellow humans. Many different types of weapons are included as well, although it is vital that the teams have at least one of each in their ranks to balance things out.

The trainer at hand is more suited for the single player portion of the game, since cheats obviously do not work in multiplayer. As such, you have the option to take advantage of unlimited ammunition for your weapons, which comes in handy whenever you decide to take on the entire enemy base by yourself. It might break realism, but there’s nothing better than feeling very powerful for a few seconds.

Note: This trainer only works with the Steam version of the game.